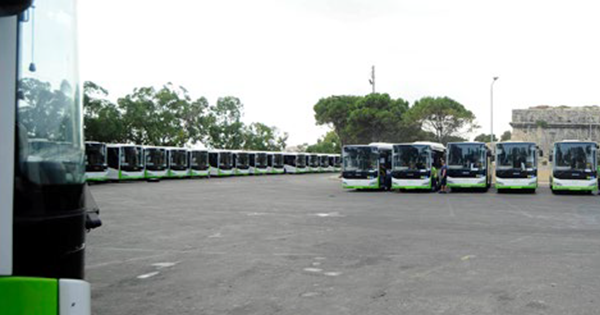 Gathering a great admiration in various countries of Europe with its buses, Otokar has delivered a more 33 unit right-hand driver buses to Malta Otokar’s right-hand drive Kent LF buses have launched the trips in Malta.

Featuring the most preferred bus brand for 6th consecutive year in Turkey, Otokar continues to conquer hearts abroad in public transport with its modern vehicles.

Gathering a great admiration in various countries of Europe with its buses Otokar has delivered a more 33 units right-hand driver buses of which order taken in last December to Malta. The total bus of Otokar on the streets of Malta has reached 176 units. One of the subsidiary companies of Koc Conglomerate, Otokar is continuing to get admiration through producing buses in the international market. Primarily to European countries, exporting to over 45 countries, Otokar has delivered 33 buses, of which order taken last December, to Malta. Last year delivering the number of 143 right-hand drive buses to Malta, the total buses reached 176 units in the island. Stating they had accomplished one of the young bus fleets of Europe at the end of transformation works to meet public transport needs of Malta, Felipe Cosmen, Chairman of Malta Public Transport, said, “We have taken a significant step 18 months ago for the citizens of the Island and tourism. We made investment worth 40 million euro directed towards new vehicles and technologies. Almost half of our fleet characterizes with the new standards contributing to fresh air with Euro 6 engines. While average bus age of Europe is 9-year old, our fleet age dropped 3-year old.” Gaining majority of its income through tourism 12 meters length Kent LF buses have been manufactured without step low entrance floor, roomy interior space offer unique comfort to passengers. 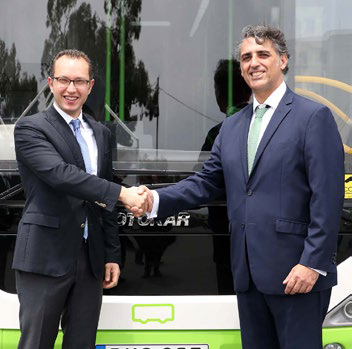